SXSW 2018: A Look Back on a Festival of AI and Blockchain

Ah, festival season. Every March, the population of Austin swells with the addition of tens-of-thousands of SXSW attendees. What began in 1987 as a music festival grew to encompass film and technology in 1994. Since 2000, the technology-specific leg of the conference, known as SXSW Interactive, has consistently outdrawn the big music gathering that started it all.

This was the first SXSW I have ever attended. I didn’t know what to expect, but I did look forward to making new connections with smart, passionate tech leaders (especially #WomenInTech). The keynotes and panels were also a must as leading minds came together around topics with a global relevance. This year was particularly meaningful to us at CognitiveScale, as the SXSW spotlight was on blockchain and AI.

CognitiveScale was well represented at SXSW. Our executive chairman, Manoj Saxena, judged seven blockchain startups as they pitched their business concepts for a $100,000 cash prize. The seven finalists who pitched each incorporated blockchain in very different ways, a reflection of how diverse the applications are for this compelling technology. 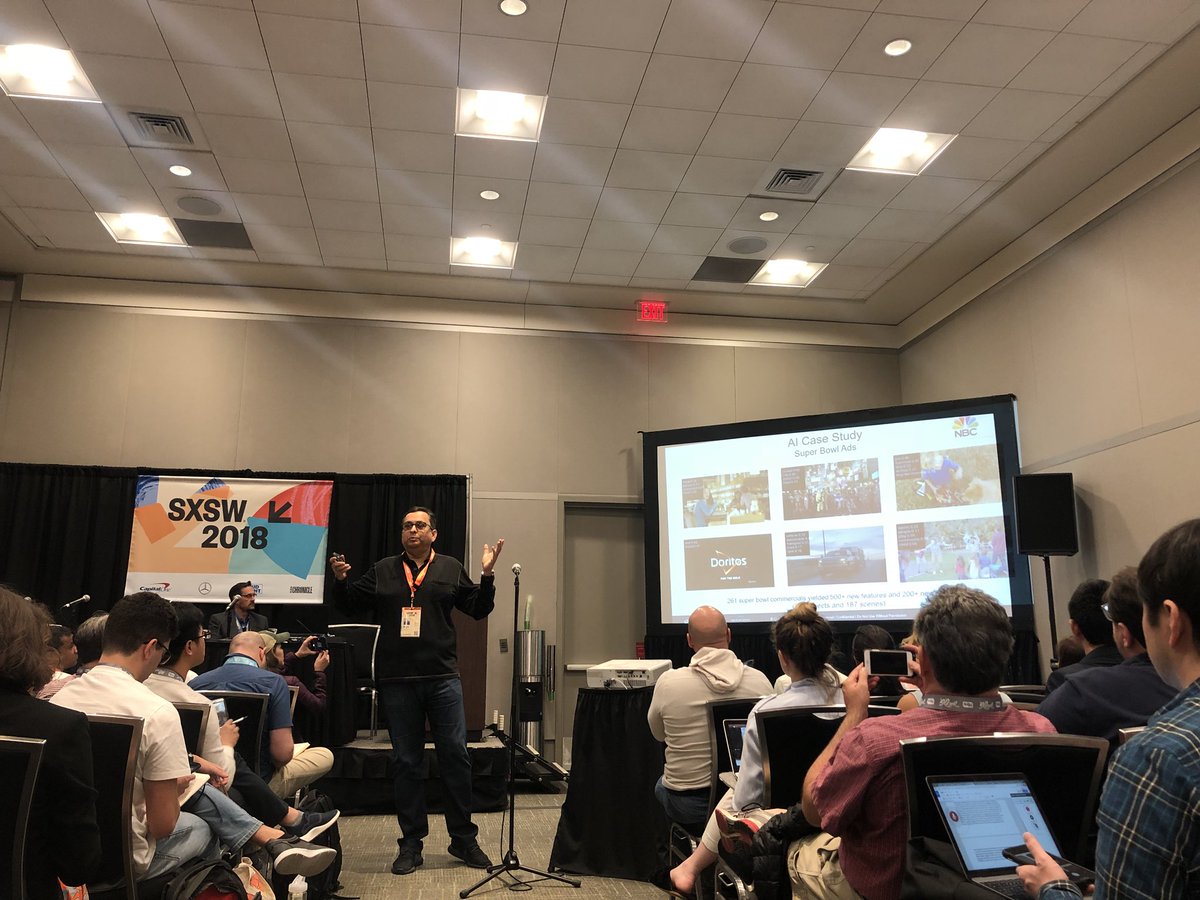 Manoj also appeared alongside Cameron Davies, SVP of Decision Sciences at NBC Universal, for a panel exploring how AI is revolutionizing the world of TV and film. NBC believes in the power of AI to make programming and advertising more successful. For example, in advance of the last Super Bowl, the network turned to artificial intelligence from CognitiveScale to unlock the secrets that make some Super Bowl ads a hit with viewers--the commercials everyone is talking about the next day (and even weeks later!). NBC’s goal is to provide this information to advertisers so as to help them create ad content that connects with their network’s viewers to drive more engagement. Notable quote_ "AI is the next frontier of digital transformation," Manoj Saxena...#micdrop.

Whatever the subject, it was entertaining and encouraging throughout SXSW to hear from creatives, coders, and CEOs alike as they explore technology’s role in addressing global challenges and creating commercial successes. Among the more high-profile speakers we all heard from were Michael Dell, Elon Musk, Walter Isaacson, Ray Kurzweil, Ingrid Vanderveldt, Susan Wojcicki, and many others. There aren’t too many conferences that can boast that kind of line-up.

So as the sun has set on SXSW 2018, we’re already thinking about next year. While I can’t go into detail right now, trust me, CognitiveScale will be back at the conference in a big way. If you’re at SXSW 2019, you’ll not only be hearing about the latest AI successes and how the technology will continue to positively augment many professions, but you’ll also hear about a growing ecosystem in which multiple organizations come together in a way that makes AI easier to put into production. As they say, the best is yet to come. See you next year!